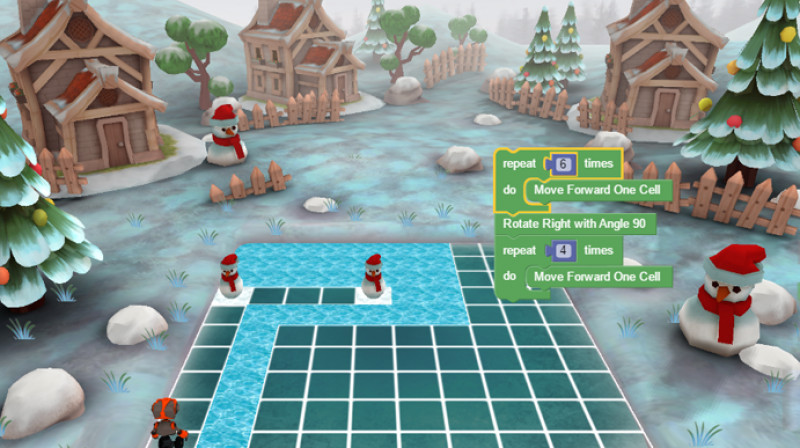 Blockly is a library that utilizes visual interlocking blocks to avoid the hassle of syntax editing and bugs. The language has as many blocks as you can dream of, from variables to logical expressions, loops, and custom built blocks.

Blockly can export blocks to many languages, including these popular options:


The strongest feature with this VPL language is that it can be exported to the most common scripting languages. Custom blocks can be added according to the needs of the application. In the following examples, we will see how every application has added its own set of blocks to support their idea. You can think of it as a tool for kids to learn programming, and it is, but it is also a preferred language of developers, used to build the first version of an idea in no time before turning it into a real script. Many modifications and applications have been built on Blockly language; some aimed at game solving and/or development, some targeted mobile application development, others used it for robotics and/or hardware control. Many applications and companies have built their services on the Blockly language - below are some examples:

1- MIT app inventor
http://appinventor.mit.edu/explore/
Developed by MIT students and aimed at mobile application development, this very powerful tool was built on Blockly with added blocks for mobile sensors, screen animations, GSM interaction and so forth. Today, MIT app inventor is a major success, with a whopping 6.5 million registered users and 22.6 million apps built.

3- Microbit
http://microbit.org/
Microbit is a hardware kit/board that has some sensors - like a motion sensor - that helps a robot detect which direction it should head in, 25 red LEDs for output, and buttons that can be used as input. Microbit also has a mobile application to control your robot via Bluetooth.

4- Gamefroot
http://make.gamefroot.com/games/new
Gamefroot is the world's easiest to use game creator, allowing for the fast-tracking of web and mobile game development! Gamefroot games are now powered by our own.

5- Openroberta
https://lab.open-roberta.org//
This app lets you control your Lego Mindstorm robot using Blockly languages with implemented blocks for all sensors and motors.

6- RoboGarden
"https://robogarden.ca/index/hourofcode/steam/all/950"
This company has built its own visualizer, a simulator of their own Hero robot. RoboGarden has added adventures for the robot to go through to solve missions. Learners can try to solve as many missions as possible as many times as they wish, with the lessons going up in difficulty until the learners reaches Python/JavaScript level. 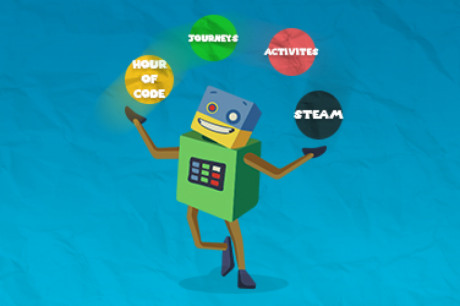 What can you do in Robogarden?

RoboGarden is an educational coding platform that fuses coding with a variety of STEAM subjects... 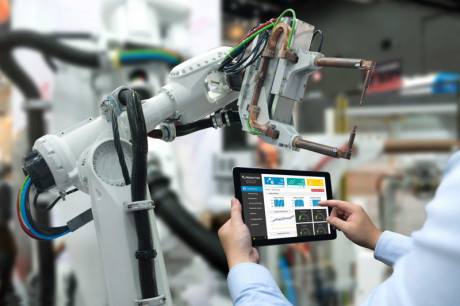 Many companies embrace advanced machines to accelerate the digital transformation of their... 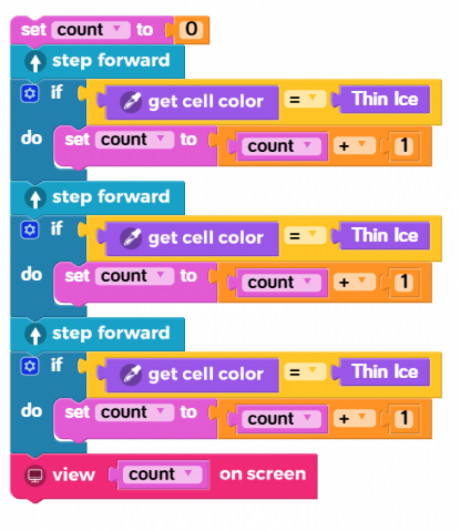 What is visual programming?

Visual programming has been around since the ‘70s. It uses blocks and arrows to direct the flow...

Everyone has the ability to change his life style and you can play every day to change this boring routine.